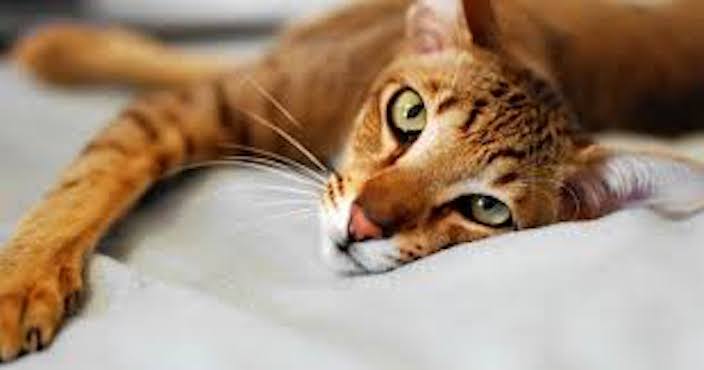 If you were asked to name the largest domestic feline breed, what would you say? Most people who know a thing or two about cats usually say that the larges is the Maine Coon, which is the size of small to medium dog. While they wouldn’t be wrong, they also wouldn’t be right.

The actual answer is the Savannah cat. This breed was originally created in the mid-1980s by crossing an African Serval cat with a domestic feline. Without a doubt, that is no easy feat because most wild cats are not likely to mate with their domesticated cousins. If you are fascinated by this idea, or just exotic cats in general, read on.

The African Serval and the Start of the Savannah Breed

Imagine a graceful, very long-legged feline with leopard- or cheetah-like spots slinking through the high Savannah grasses of Africa as it tracks down prey. That is exactly what the African Serval is. It closely resembles its Cheetah cousins with its long slender legs and spots, and it shares the African plains with its cousin too. However, the Serval is a hunting and killing machine, a fierce predator that will go after poisonous snakes just as easily as it goes after birds, rats, and baby animals that get separated from their mothers and the herds. So why would anyone want such an animal in their home?

It’s the idea of owning something almost wild, much like wanting to own a tiger or lion while still knowing it could maul, maim, or kill you. The big difference here is that the Savannah cat isn’t quite as wild because it’s been bred with a domestic cat. It’s slightly less ferocious and every bit as beautiful.

The Size of the Savannah

If you had an Australian Shepherd, you would know that that is exactly how big the Savannah kitties become. They may start out as cute balls of fluff, but as they grow, their legs get really long. That’s a genetic gift from the Serval, which requires the long legs to see up high through the tall grasses in Africa. The Savannah is a big cat.

Their heads are quite small, with really large ears. The Serval doesn’t have large ears; those come from a domestic cat. What it does have are ears that pivot full one-hundred-eighty degrees like sonar dishes to pick up sounds only wild animals can hear when they hunt. Between the really tall, pointed ears of the domestic cats and the pivoting sonar ears of the Serval, the Savannah gets the best of both worlds.

In terms of body size, the Savannah is sleek when moving, but when it sits down it looks rather fat. The bulk of its body is stretched and in fluid motion when it is not sitting, but it belies a very dense muscular body that becomes apparent when this animal sits. They generally weigh up to fifty pounds, male savannah cats a bit more because of their Serval bloodlines.

Special Considerations If You Want to Buy One

A purebred savannah cat is an exotic cat. These beauties start around two thousand dollars for an F5(feline generation bloodline coding; the larger the number, the further away from its wild cat cousin it gets) all the way to twenty thousand dollars-plus for an F1 Savannah. It is not a cheap animal to purchase, and therefore considered a luxury pet. A savannah cat breeder in the U.S. has a large population from savannah kitten to adult to sell, but you will want to be very careful about the F-rating you buy.

The more docile and less wild and ferocious the Savannah the better, especially if you have children. The National Registry for Cats does not allow for declawing or defanging either, which presents a major concern if you purchase an F1 savannah cat or F2 savannah cat. An F5 is generally the safest around children, but you still can’t keep it around other animals.

Legal Issues of Owning a Savannah

Savannah cat owners need to be aware, in a handful of states, the big cat is completely illegal and considered too dangerous to keep as a pet. In other states, it is only allowed if caged, regardless of its F-rating and distance from its Serval lineage. Still a few more states require that you get a permit to own such an animal, which is often difficult to get because you have to justify why you want one in the first place.

Savannah Temperament and the Need for a Lot of Space

They are still instinctually territorial, so Savannah cats need a lot of room to roam. If your house is tiny, or your property small, these cats are not for you. You should also know that if a Savannah gets out of your house and your yard, it can and will roam several miles from home.

These cats can also jump twelve feet straight up into the air. Your typical property fence is not enough. They can and will climb trees, they love water and can swim, and they are exceedingly clever enough to figure out how to escape. Most people who own a Savannah often build a large outdoor enclosure complete with fenced in roof for these cats to roam when the need arises each day.

Be Prepared for the Wild Sounds They Make

These felines will purr when petted, which is nice considering that the rest of the sounds they make are most unnerving. If you live with a Savannah long enough, their vocals become less unnerving, but initially, it might throw you for a loop. They do not meow like a domesticated cat.

If you can adapt to an animal that does not meow when you would expect it to, then you should be okay. You just have to remember that these cats are partly wild animal, and they will sound more wild than domestic.

A Savannah Owner Will Reconsider Having Other Pets

These half-wild animals do not pair well with other pets, not even other domestic cats. Because of their territorial nature and their immense stature, other pets would be in danger. They would view other non-Savannah cats as a threat to their territory, and may even shred them with their long claws. Dogs are a definite no, since the nature of the wild Serval in the Savannah would seek to defend its territory against a natural enemy.

For the Savannah owner, it is best to wait until all other pets in the house have passed away before getting this exotic cat. This is especially true if you have birds, fish, or anything smaller than the Savannah might see as “lunch” instead of another family pet. If your children are still infants or toddlers, it is also a good time to wait as these cats do not respond well to having tails or ears tugged/pulled as in the typical family of a cat owner with a domesticated cat. They are generally well-behaved with elementary school-aged children and older, although some children might still find them intimidating with the sounds these cats tend to make.